In 1636, a feeling of apprehension and expectancy prevailed in the La Caze castle. The master of the house, David de MALIAN, had gone to Paris with his wife Marguerite de GARCEVAL to pay court to King Louis 13 th and to Cardinal Richelieu, who ruled France with a rod of iron. In recent years, the kingdom had been spasmodically shaken by the urge to get rid of the terrible prime minister. Heads and castles had fallen in the attempt. Hadn’t they just finished dismantling the extraordinary Peyrelade fortress, perched like an eagle’s eyrie 6 or 7 leagues downstream, and believed to be impregnable ?

The sight of the half-demolished walls had checked many hotheads and David de MALIAN, Lord of LA CAZE, had no desire to be counted in the rebel’s camp. He left his feoff in the capable hands of Anne des ONDES, his father’s second wife. In his castle protected by towering cliffs, moats filled with running water and the Tarn River, the elderly dowager kept watch over a little world of men-at-arms, menservants and peasants. She also watched over David and Marguerite’s children, for whom she acted as grandmother, and was especially attentive to Martha, whose health was delicate.

One winter evening when gusts of wind made the stained glass windows creak in their leaden frames and the crows caw in the machicolations, she went to visit Marthe in her room, before she went to bed. She found the child pale and trembling in her feather bed, her lashes glistening with tears.

The little girl confessed that she was frightened by the storm and that with her parents away the castle made her gloomy. She dreamed that an army of crows had torn away the roofs and ceilings and left her all alone in a bare room, at the mercy of all weathers.

Moved by the child’s fears and wanting to instil in Marthe a sense of the dignity of her ancestors, Anne des ONDES told her story of the ladies of LA CAZE.

For the little story...

Once upon a time in Gévaudan, there was a girl who belonged to the high-born ALAMAND family. Soubeyrane, for that was her name, married a man called Guillaume de MONTCLAR in 1488. The marriage was a happy one because the young woman loved her husband deeply : he was handsome and chivalrous, with a poet’s gift for paying compliments to his lady in verse. There was no question of the couple’s living on the desolate lands of the Causses. Soubeyrane decided to have a castle built beside the river, a castle such as had never been seen before in the whole of Gévaudan, a sheltered setting for her love. The kingdom was enjoying a period of peace and prosperity. At a time, when others were setting off to distant lands to seek their fortunes, Soubeyrane decided to explore the paths of happiness with the man she loved. Their new dwelling was finished in the year of grace 1492.

Five girls were born of their union, each as beautiful as the dawn : Gabrielle, Jeanne, Loyse, Antoinette and Françoise. When the five damsels grew up, they too felt life was worth living : the high cliffs gleamed golden in the sun, the broad expanse of iridescent green water at the foot of the castle was a favourite haunt for herons, the spring bubbled merrily and the drawbridges were never raised.

Not all the young lords of the region had gone to Marignan in search of glory. Many of them knew that the towers of La Caze sheltered young and winsome damsels with whom they could dally in the arts of love. And many a time, spray dashed from the hooves of a galloping horse sparkled in the rays of the setting sun, or flt-bottomed boats nosed up up to the little landing and light feet sprang up the hold stone steps.

On fine days, among the flower beds or in slow-moving boats, and in winter, in the great hall where the fire crackled in the huge fireplace, young voices sang of love and young ears listened. For years the castle of La Caze was a paradise where the young played at the pursuit of happiness, plucking a rose to stay the flight of time.

But talking of love was not enough. Amorous suitors became more pressing and one after another Soubeyrane’s daughters were led to the altar. Antoinette alone chose the convent : it was whispered that she was deeply in love with a young lord who was married one of her sisters.

The years went by. Soubeyrane died on the eve of the Battle of Pavia. Her daughter Gabrielle inherited the title of Lady of LA CAZE.

She was a great lady, highly conscious of her noble birth : in accordance with her wishes, she was buried with great pomp beside her husband, at Sainte-Enimie. 300 priests attended the funeral and recited the psalter four times. General absolution was given and food was distributed to the poor.

However, the birds of good omen seemed to have flown from the castle turrets. The husbands of Soubeyrane’s gentle daughters died one after other, leaving their widows childless – all except Françoise, whose married with Bernard de CURIERES had produced a daughter named Anne. So it was, that on the death of her aunt Gabrielle, Anne inherited the castle, the land and the title of Lady of LA CAZE.

The quarrels which broke out around the Reformation made the region more and more insecure. Towns and castles fell into the hands of the Huguenots. Anne de CURIERES feared for her succession. Among her suitors, she chose a valiant man capable of defending her feoff by force of arms. He was Bertrand de MOSTUEJOULS, who came from the border of Rouergue.

Under the name of Captain LA CAZE, he battled successfully for God and the King and foiled all attempts to take lady’s castle.

From their marriage was born your grandmother, Jacquette de MOSTUEJOULS, who married Jean de MALIAN and gave birth to your father, David. Alas, Jacquette died in 1597 ; and Jean took me as his second wife in the following year.

All those courageous and beautiful women who were your forebears knew how to cultivate happiness at the right time and to take action when needed. They are watching over you, Marthe, dear ; if ever you are afraid, just think of them. I would realy like you to resemble them, capable of both love and action.

“But, Madame, how can I think of my forebears if I do not know what they looked like : there are no portraits or miniatures of them”.

“Nor there are”, said Anne des ONDES. “We will have some made”.

Some time later, she summoned an artist named PRUNIER and commissioned a ceiling for the room in which her granddaughter slept. The rectangular, domed wooden ceiling was to be painted with imaginary portraits of the child’s female ancestors. Marthe would have only to open her eyes to see them from her bed. But so that she would not be in the least frightened, the women were to be portrayed as beautiful, young ladies, resembling living women and therefore dressed in the fashion of the day. The colours were to be light and gay and the portraits surrounded by flowers and foliage. The pendant suspended from the centre of the dome was to be coloured and shaped like a child’s toy.

And so it came to pass. When the work was finished, Anne des ONDES took the little girl to see her new room. Marthe was enchanted by the gay decorations. She tried to identify each of the ladies depicted on the ceiling.

“That is my mother, Marguerite de GARCEVAL, and my grandmother Jacquette de MOSTUEJOULS… That is you, … and then…

“There is your great-grandmother, Anne de CURIERES,” went on the old lady, “next, her mother, Françoise ALAMAND, her elder sister, Gabrielle and lastly Soubeyrane, the first lady of LACAZE.”

“But Madame”, cried Marthe suddenly, “there is an eighth lady you haven’t named”.”

“Yes, my daughter, the eighth lady is the most beautiful one, as you can see. But you don’t know her, because she doesn’t exist yet : that’s you, Marthe.”

“Yes, you. I mean you to become the equal of the seven others. That is why I asked the artist to paint you like that.”

And every evening, Marthe lay wide-eyed in the flickering candelight, retelling the history of the ladies of LA CAZE and inventing for the eighth lady a life of great and glorious deeds.

Alas, she did not grew up to resemble her portrait. Although her parents returned, her decline worsened, aggravated still further by despair of never reaching the appointed goal. She wasted away from day to day, and in her weakened state she talked to her painted protectresses, imagining them to be alive, reciting love poems around her bed. She recounted her hallucinations to her brothers and sisters and the servants.

After her death, the room came to be called the Ladies’ Room or the Nymphs’ Room. At nightfall, many people imagined they saw beautiful damsels from days gone by, haunting the bubbling banks of the Tarn, dreaming beside the spring or parting the willow branches.

Marthe’s elder brother, François de MALIAN, married Françoise de LOUBEYRAC, who bore him nine daughters. Little by little, the outline of the true story became blurred by the mists of imagination. A century later, people confused François’ daughters, who all had tragic destinies, with the portraits painted three-quarters of a century before their time. The legend grew and flourished. People imagined desperate lovers leaping off high cliffs and, in the 19 th century, a local poet and former prefect wrote some charming verses which put a crowing touch to the confusion. History was the poorer but the poetry has kept its charm.

At eventide, when the moon quits the hill
To rise on a gorge deep in shadow still
And mystery-bound, no lady sits dreaming
At the casement. Yet, with fair hair streaming
In the wind, the gentle sisters now drift
To the rim of the moat where turrets lift
Eight damsels fair as doves in plaintive flight
Infusing the darkness with eerie light.
And then through the fluttering of wings we hear
A strange, soft sighing in the branches near.
Thorny bushes turn their sharp spikes down
From the rustling hem of a white lawn gown
And from the heart of a cleft rock above
A voice whispers stirring words of love.
The unheeding sisters pass grave and slow
Under the same trees, along the same road
Where once couples strolled in soft moonlight
Hand in tender hand. Enchanted nights
When many murmuring kisses slipped
Lightly from lover’s lip to lover’s lip.
Now they tread three hundred years and more.
Each night, until the Angelus sounds
They are to eternal waiting bound
Condemned by Heaven ever to yearn
For men who will nevermore return.
For, lying within the chapel walls,
The dead cannot hear the voice that calls.
Forgetful of love, from this world released,
They slumber in God’s everlasting peace.
“RIMES DERNIERES”
by Louis JOURDAN 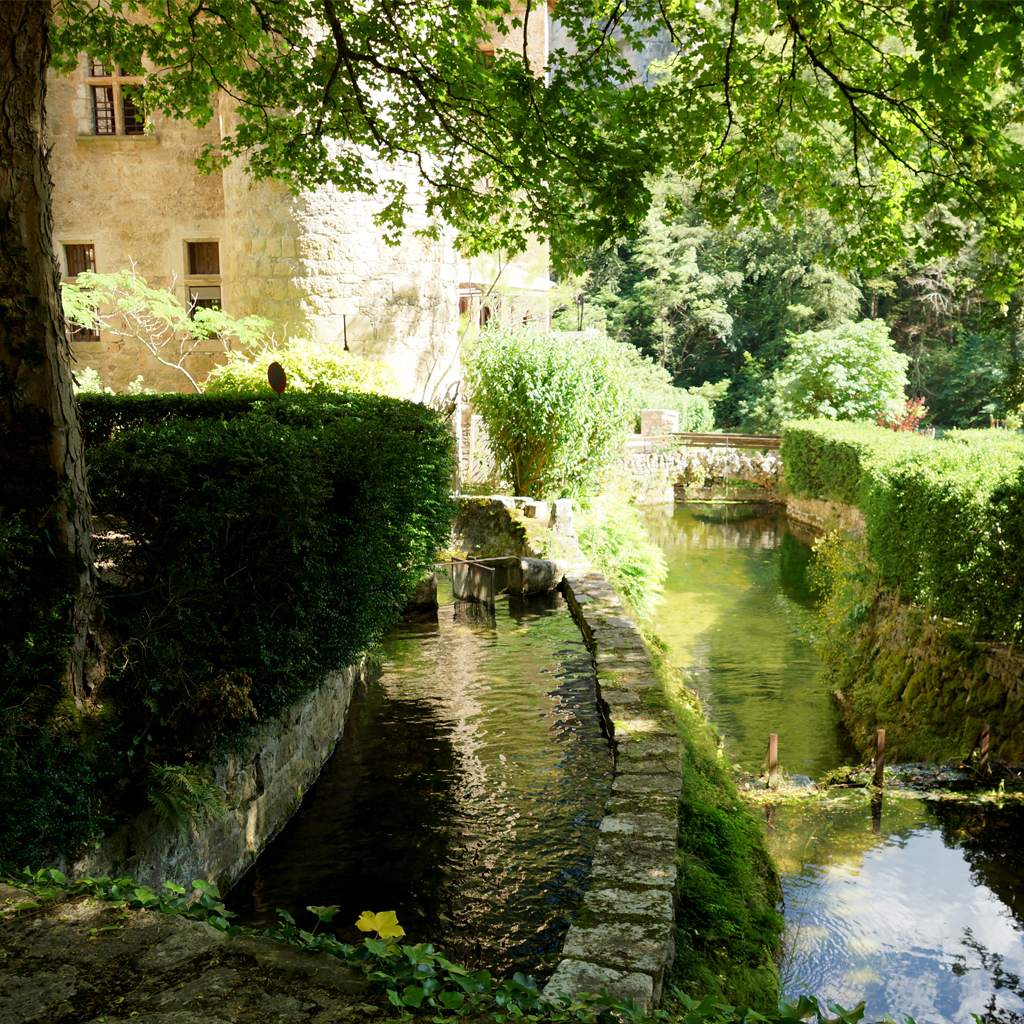 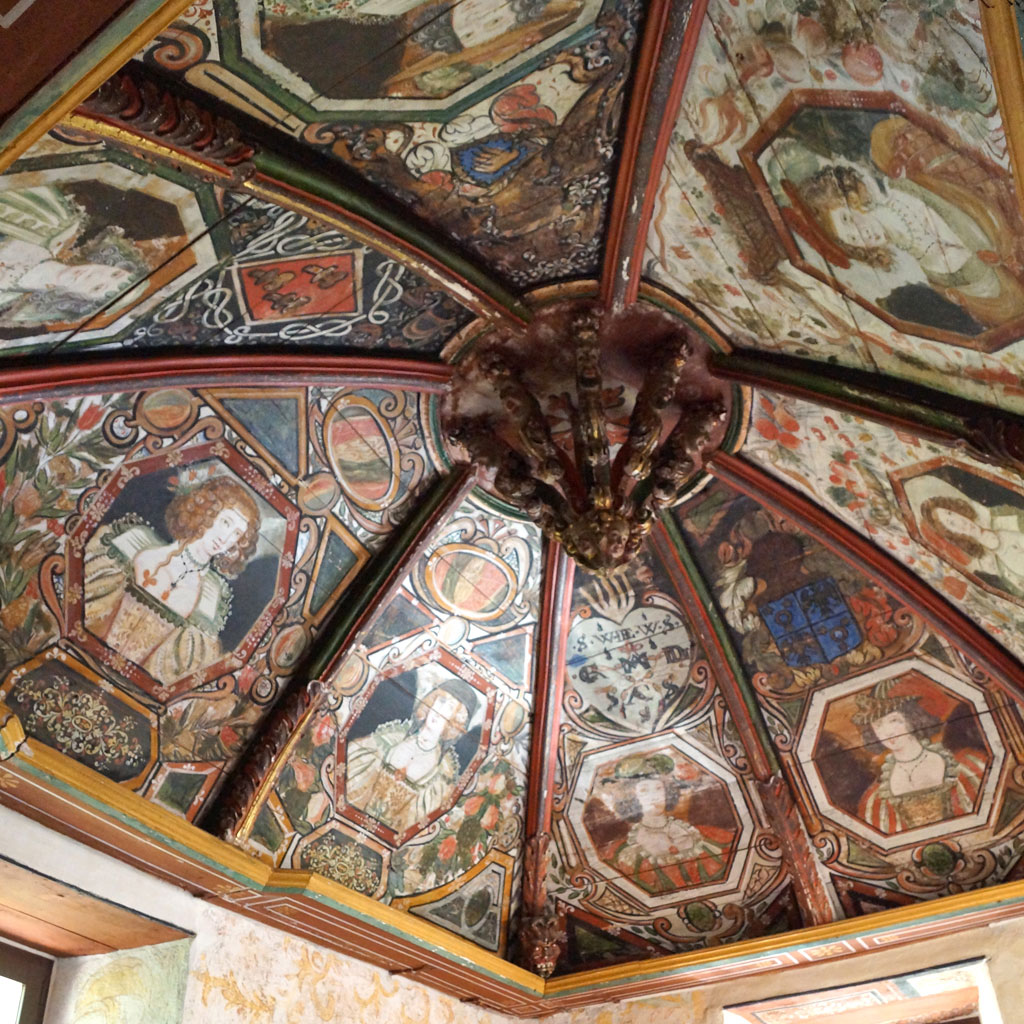 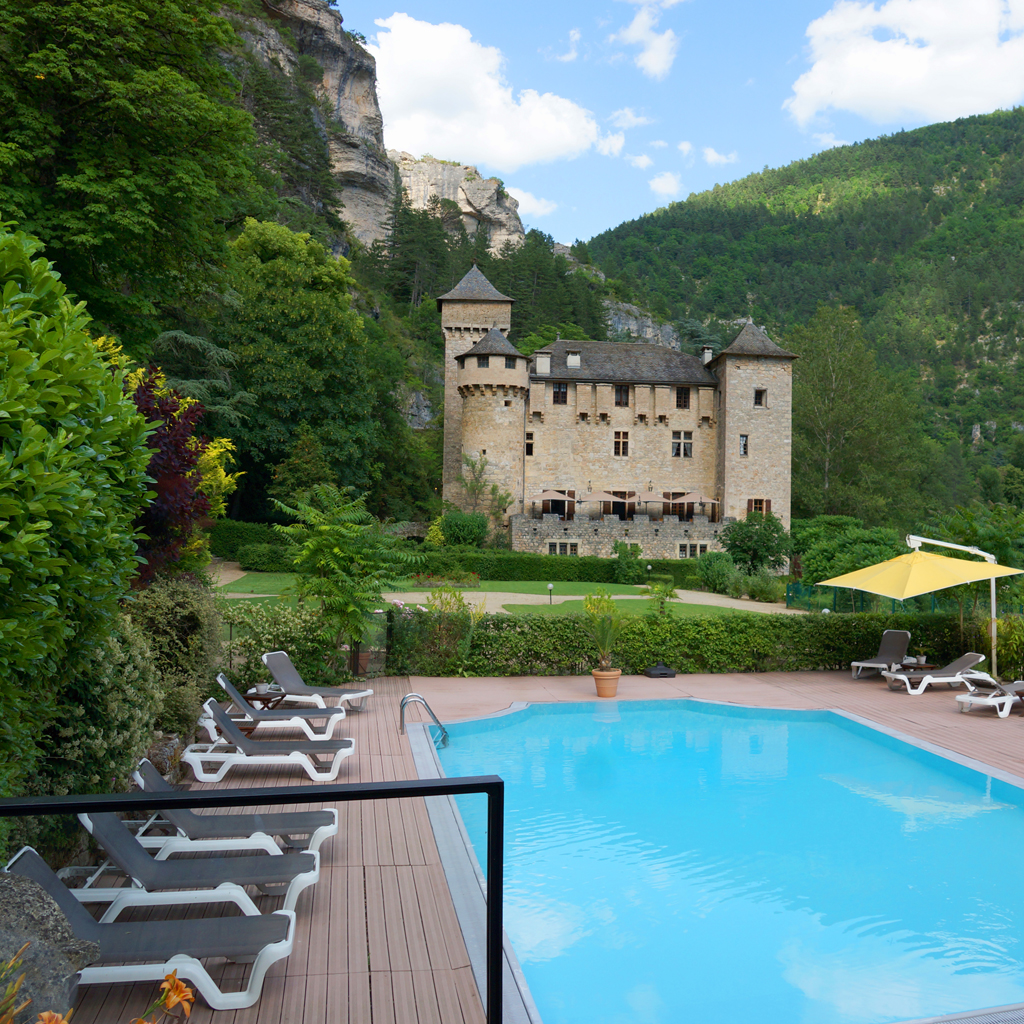 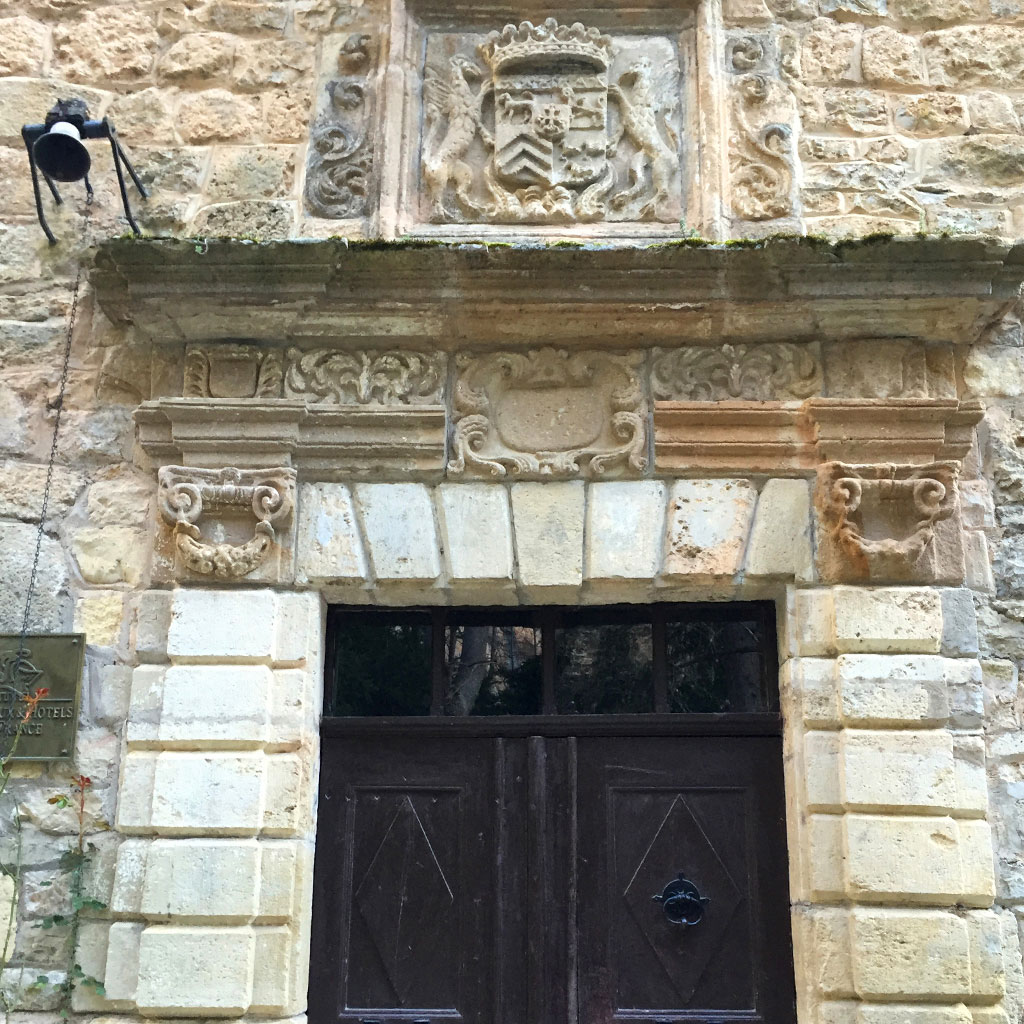 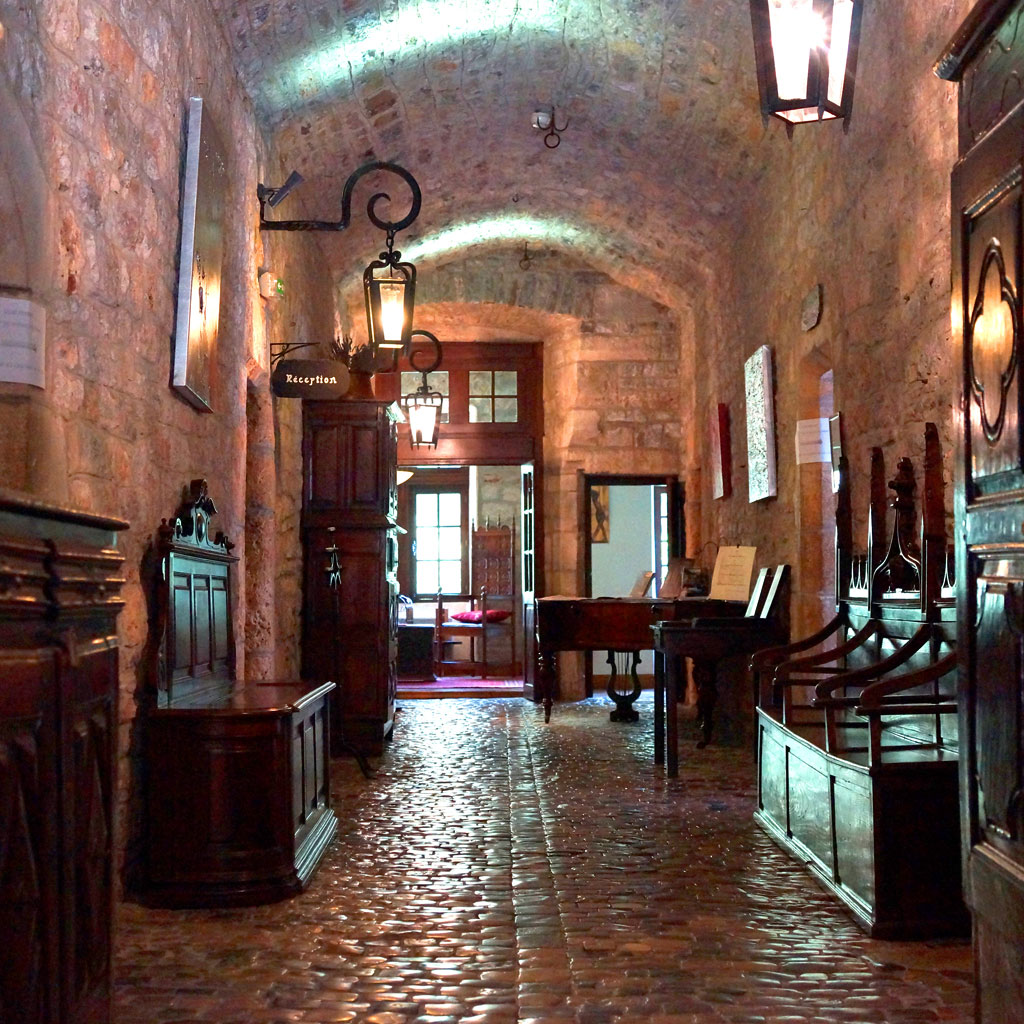 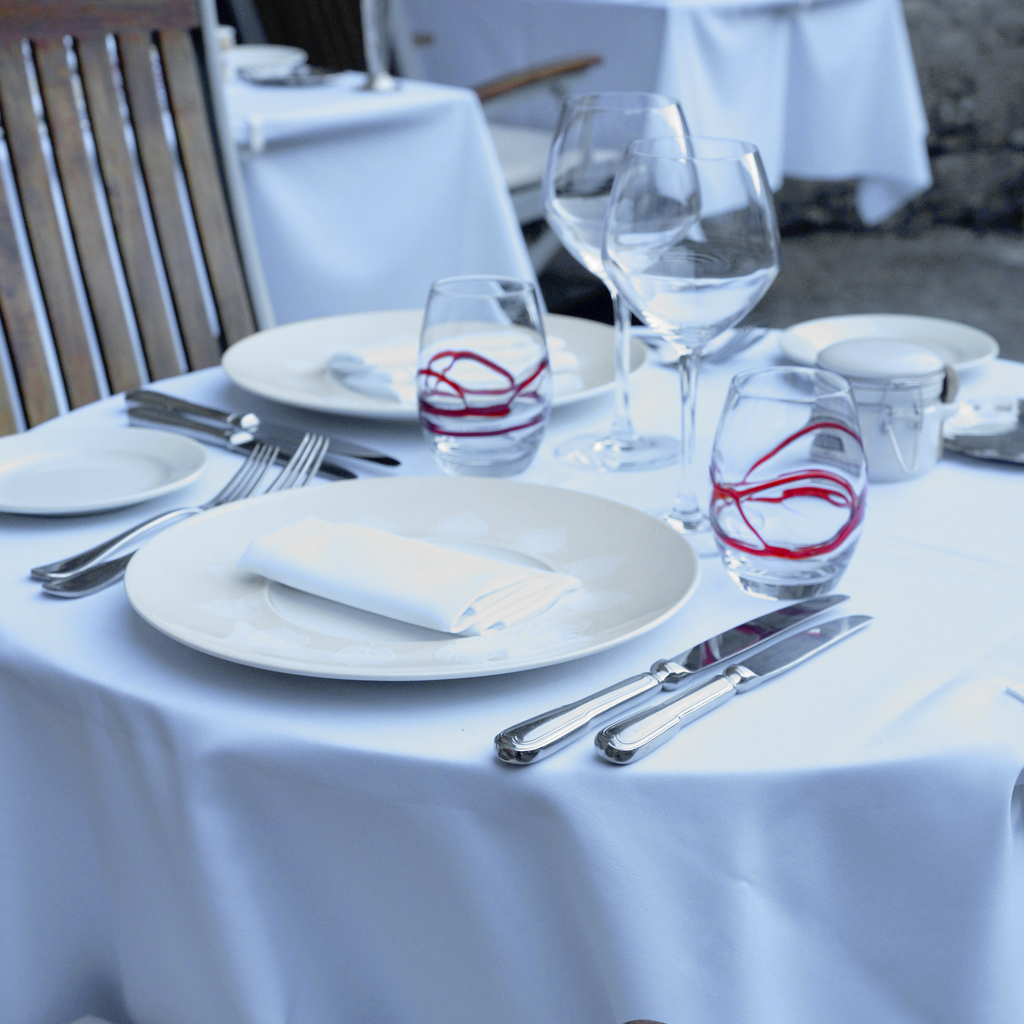 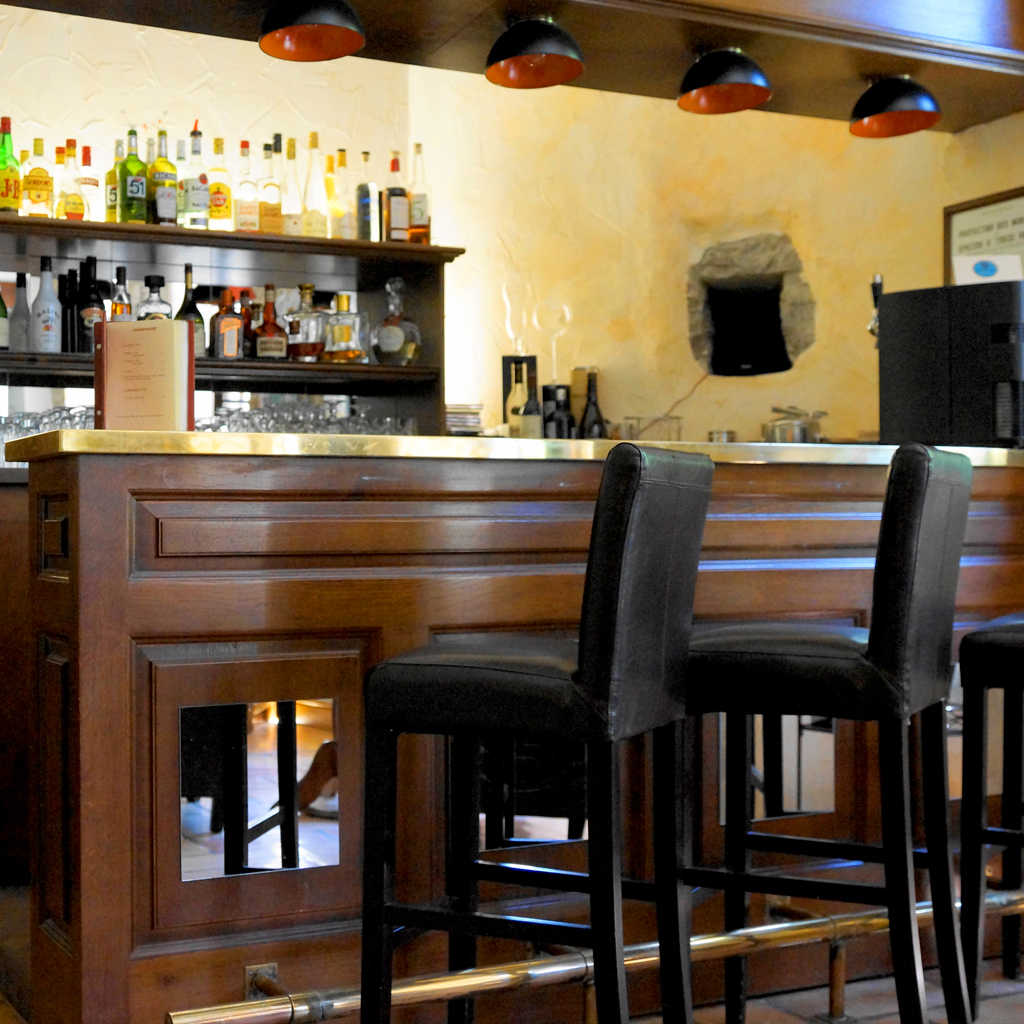 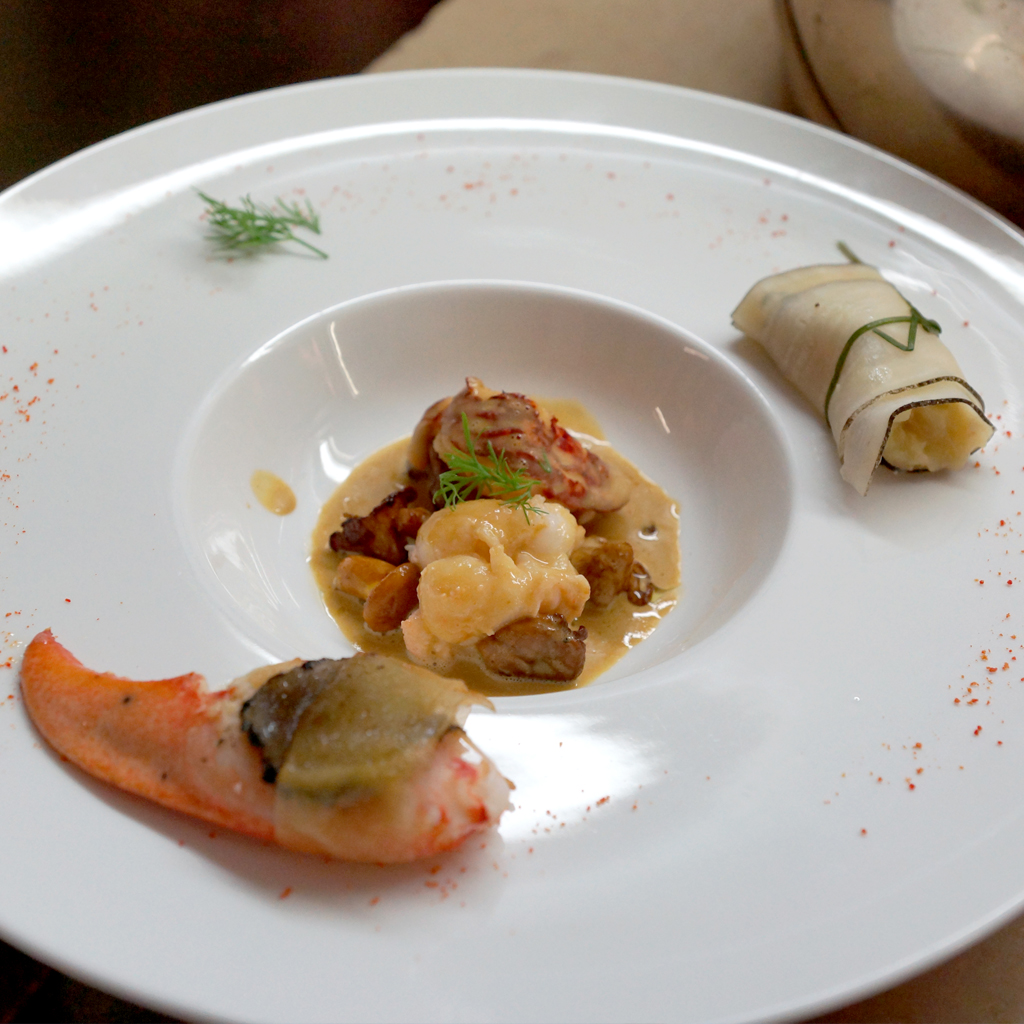 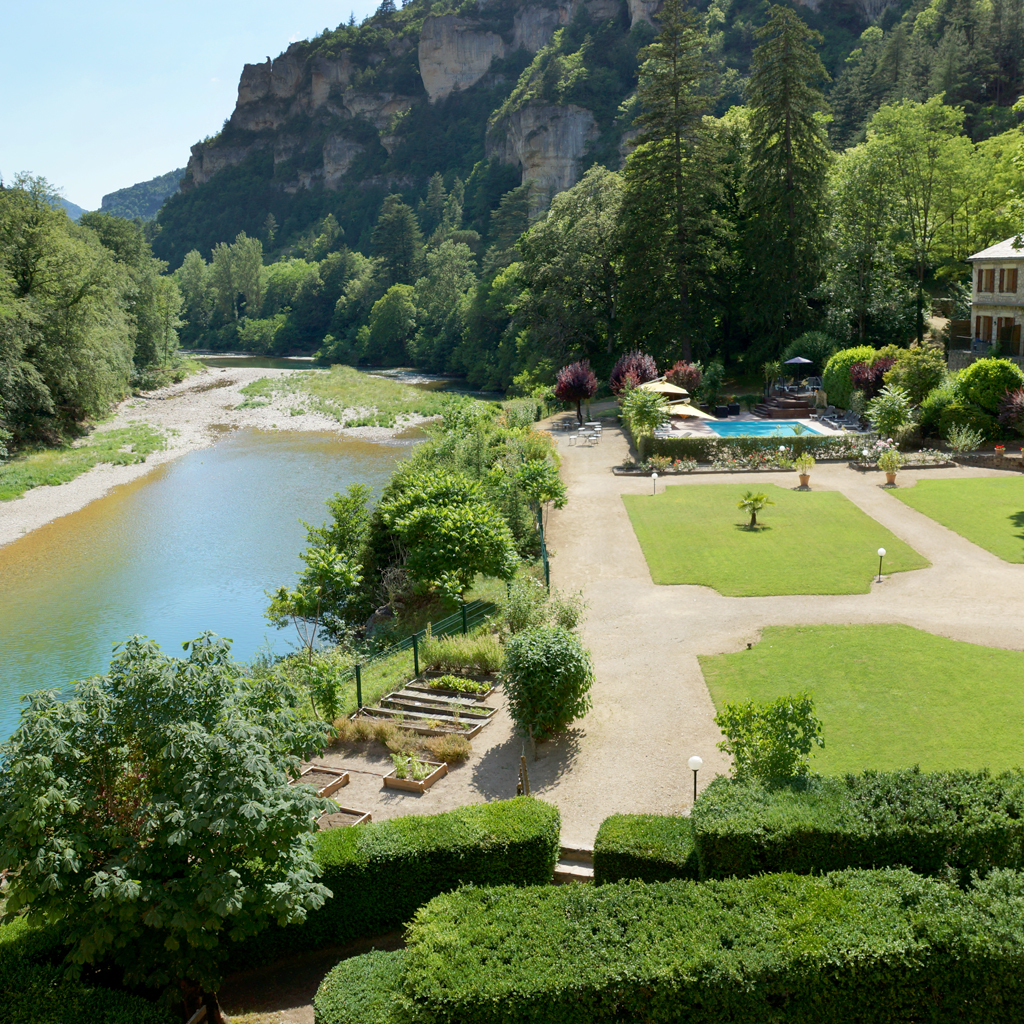 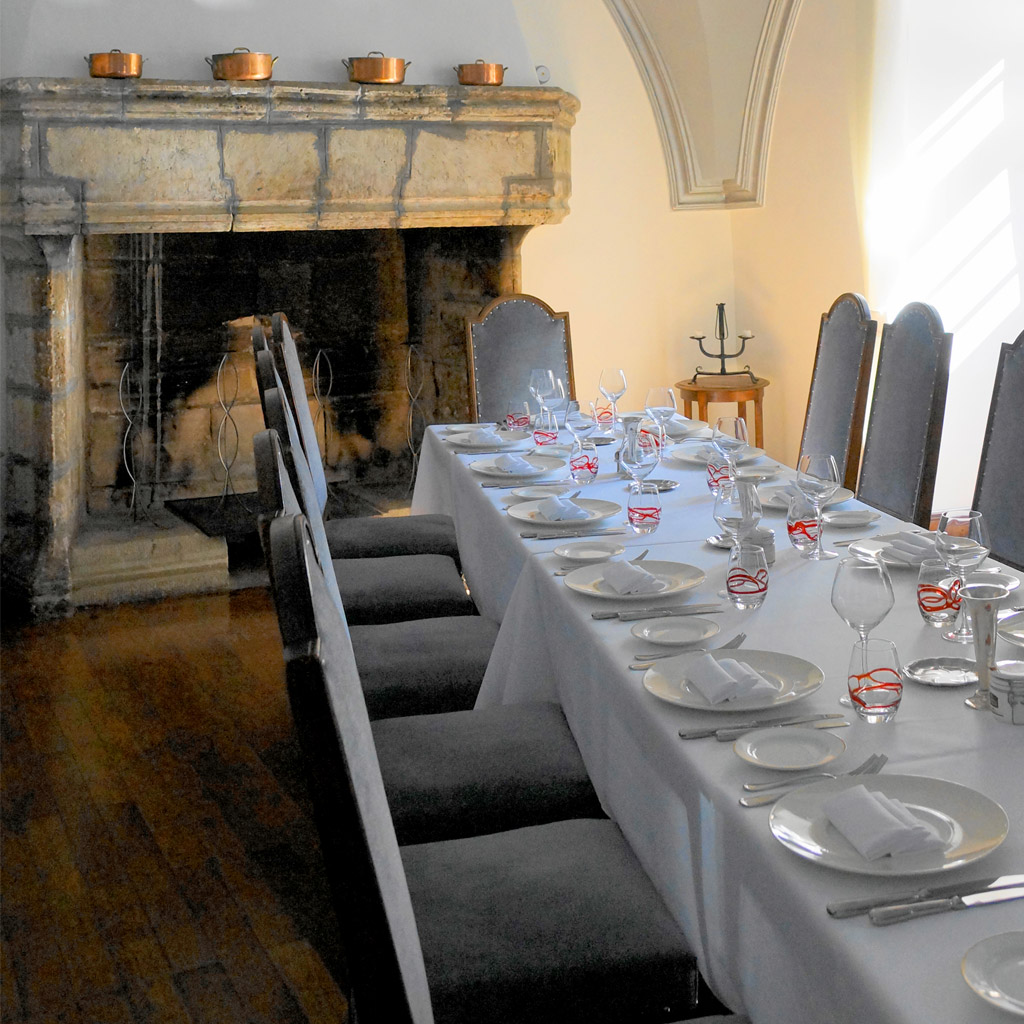 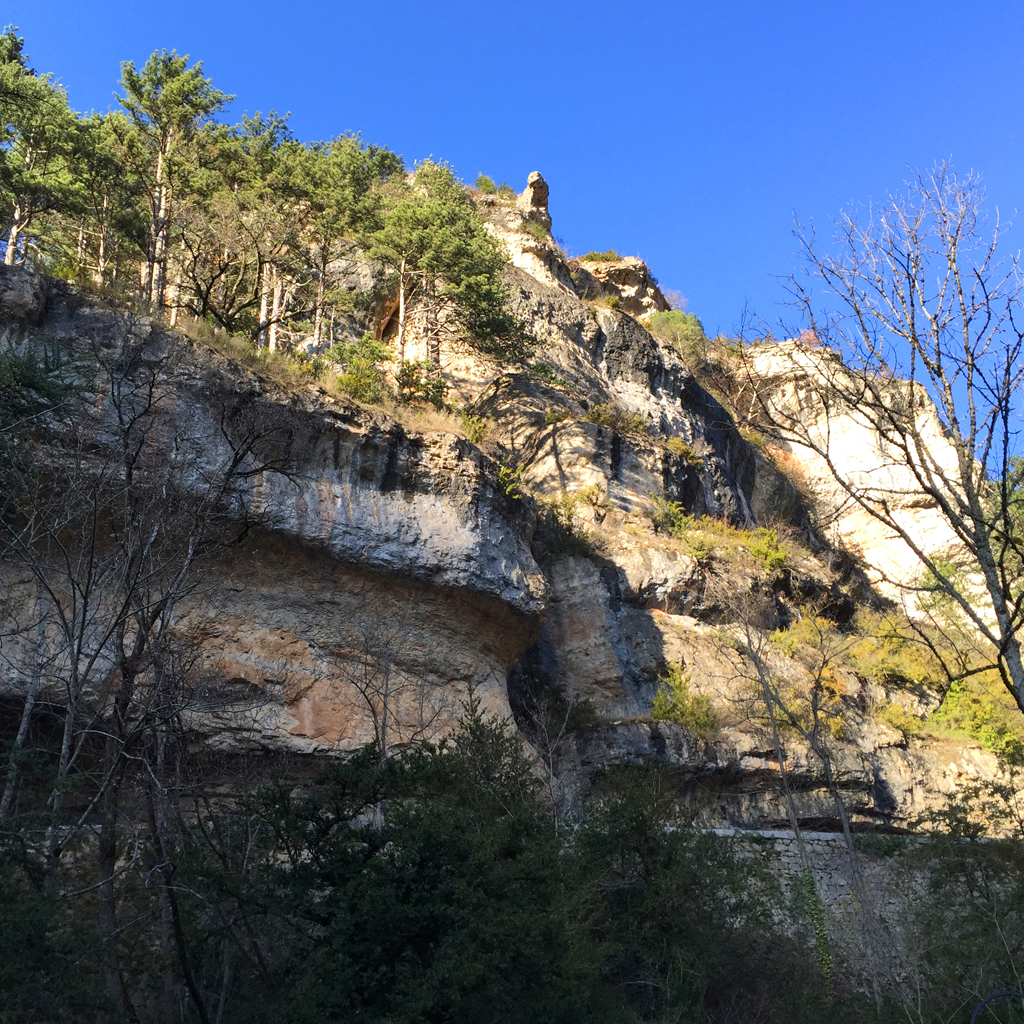 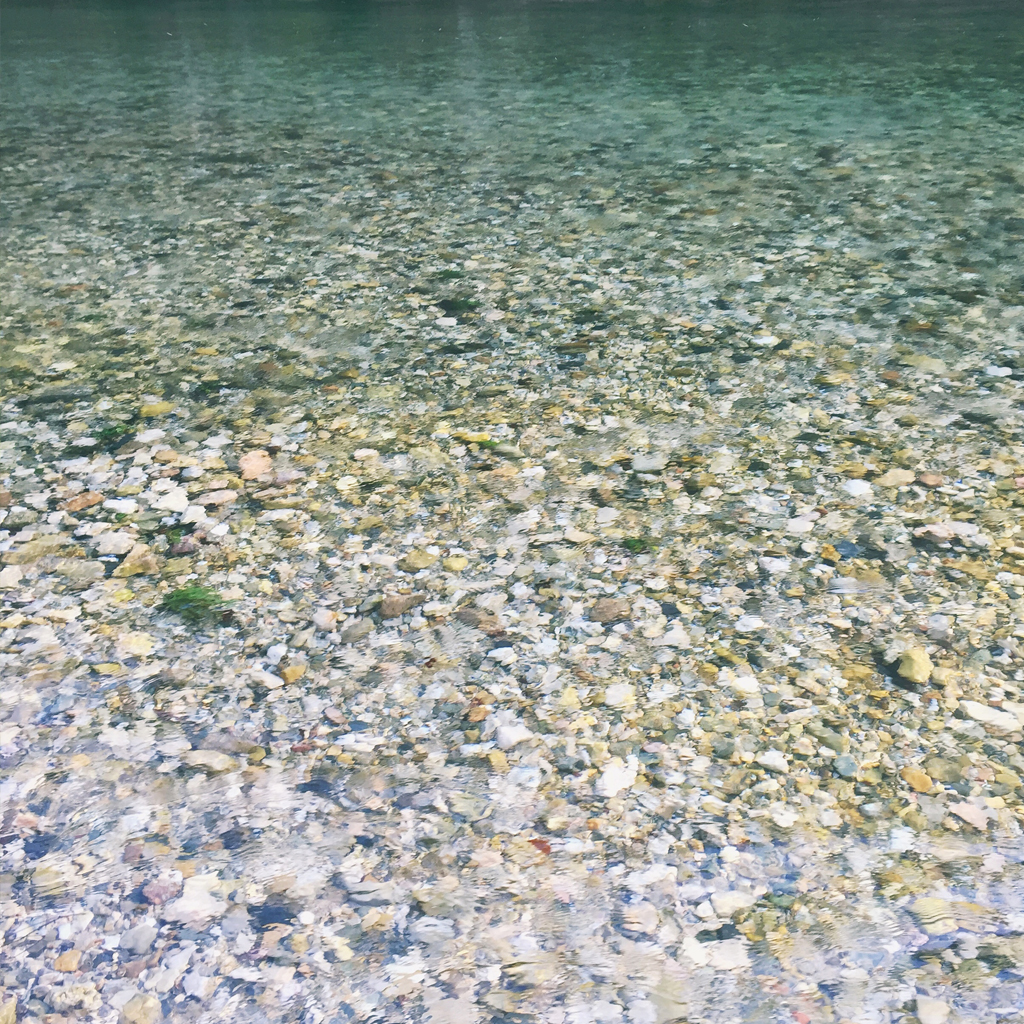 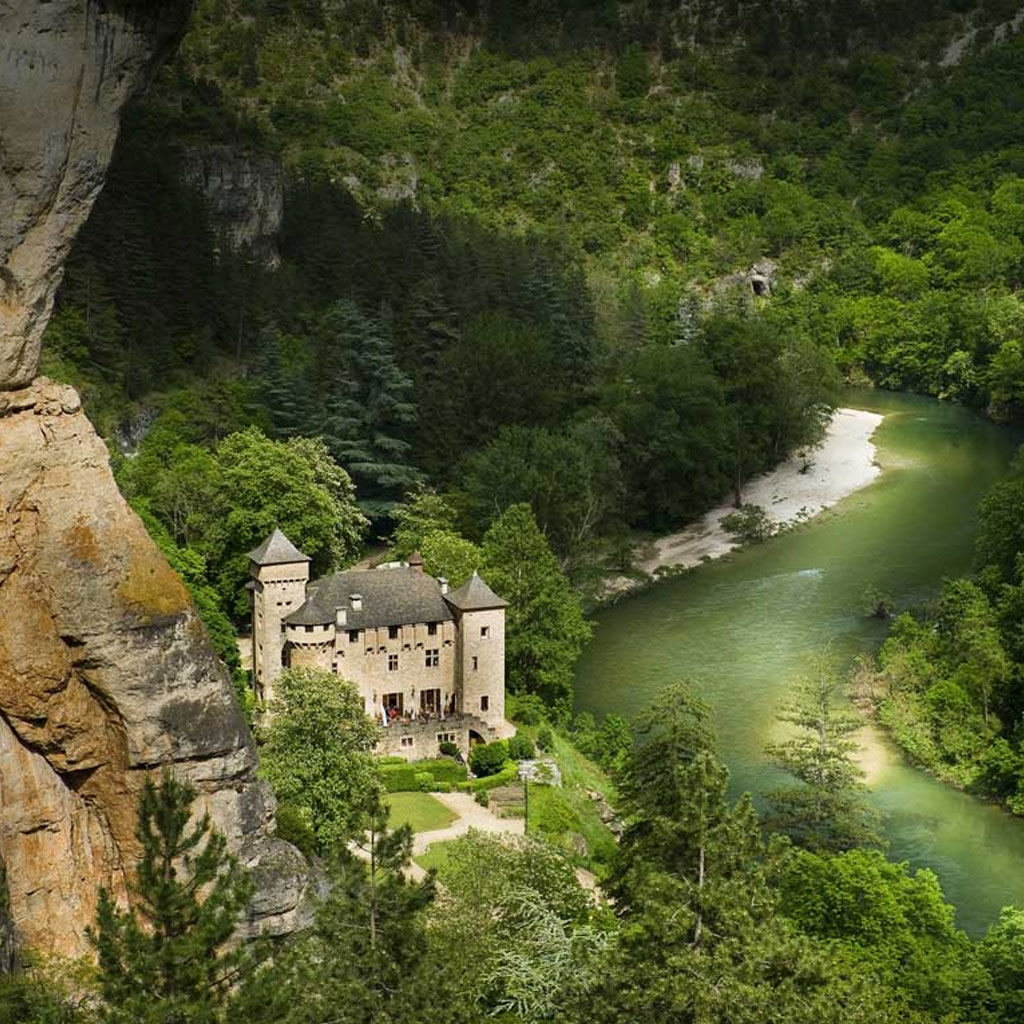 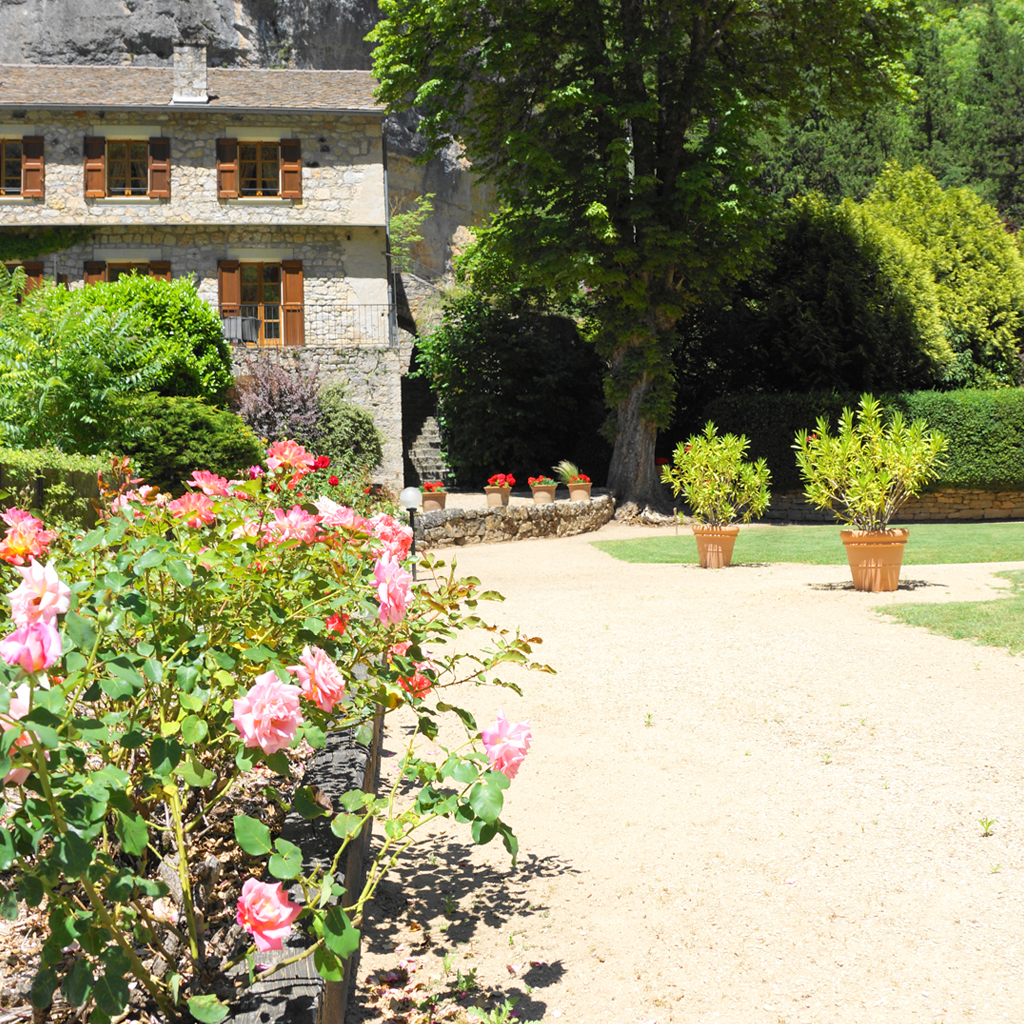 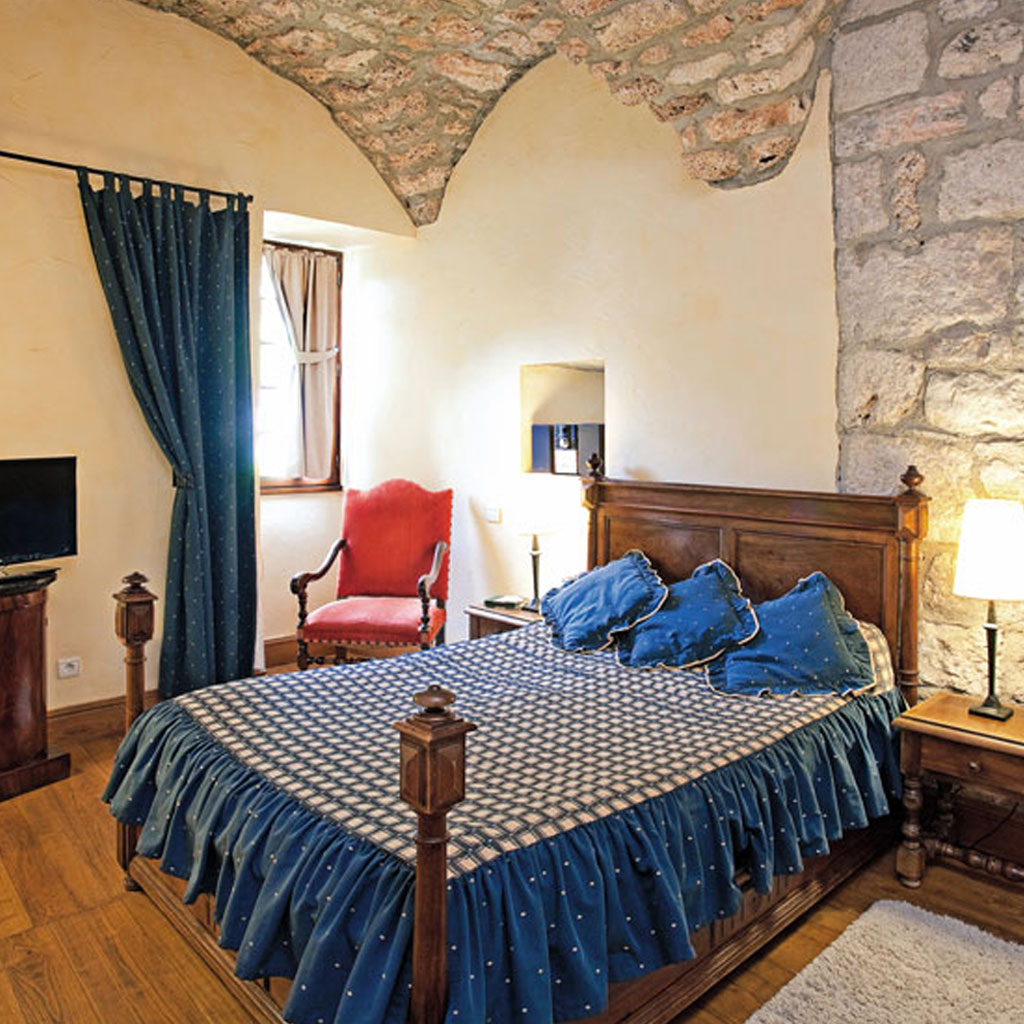 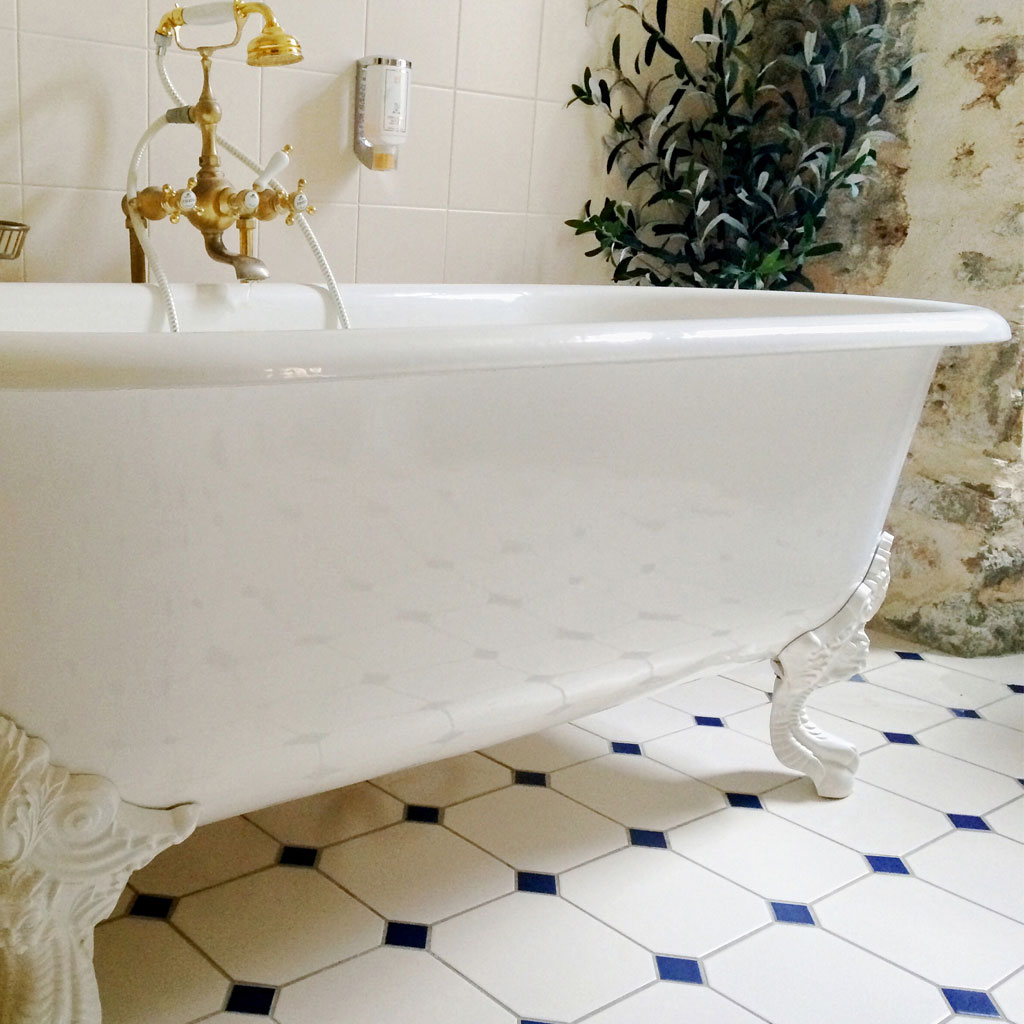 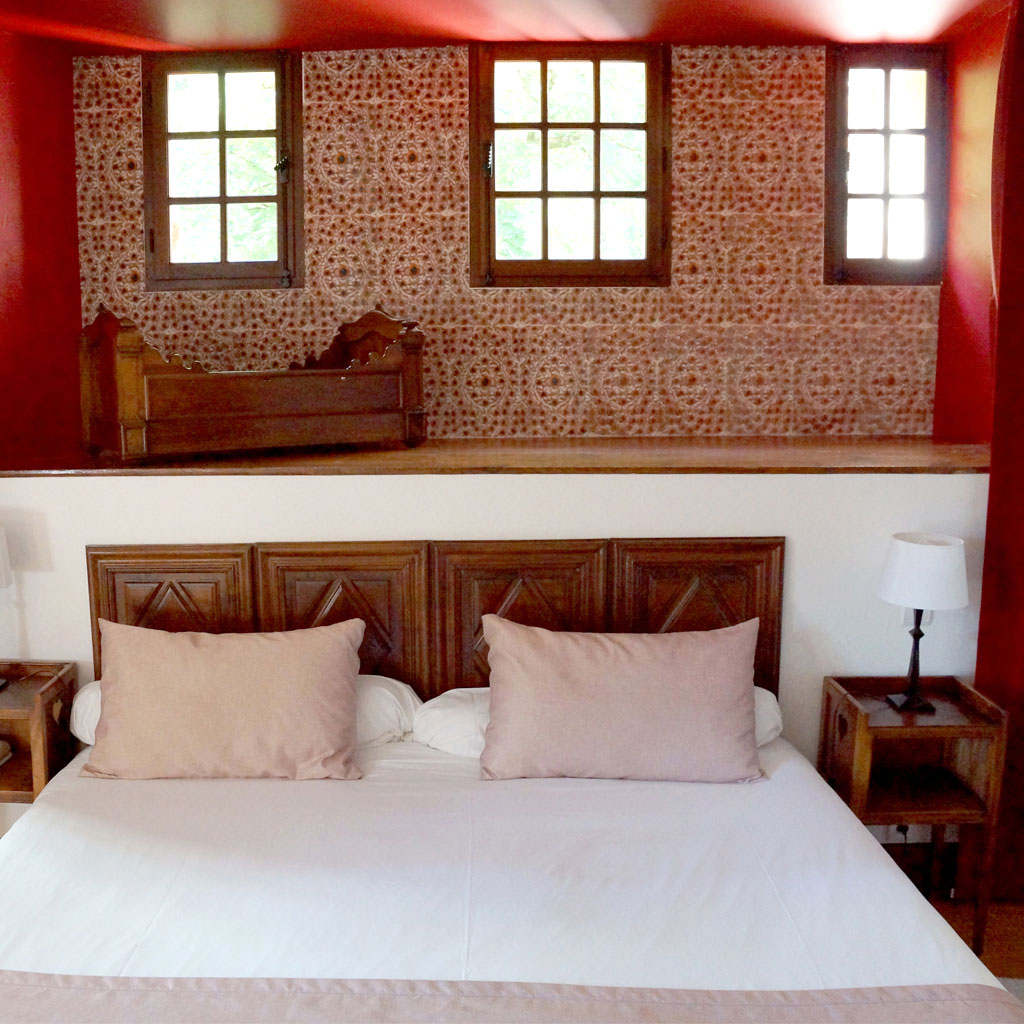 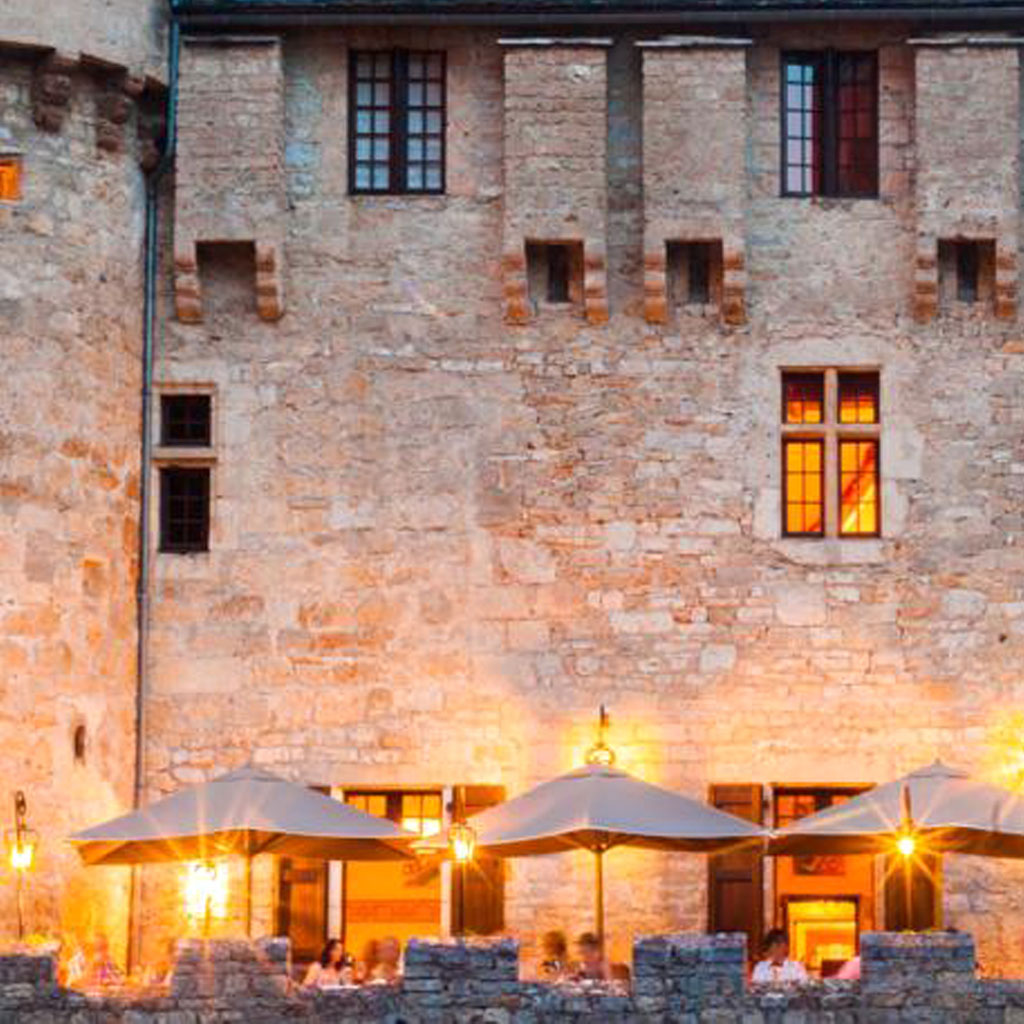 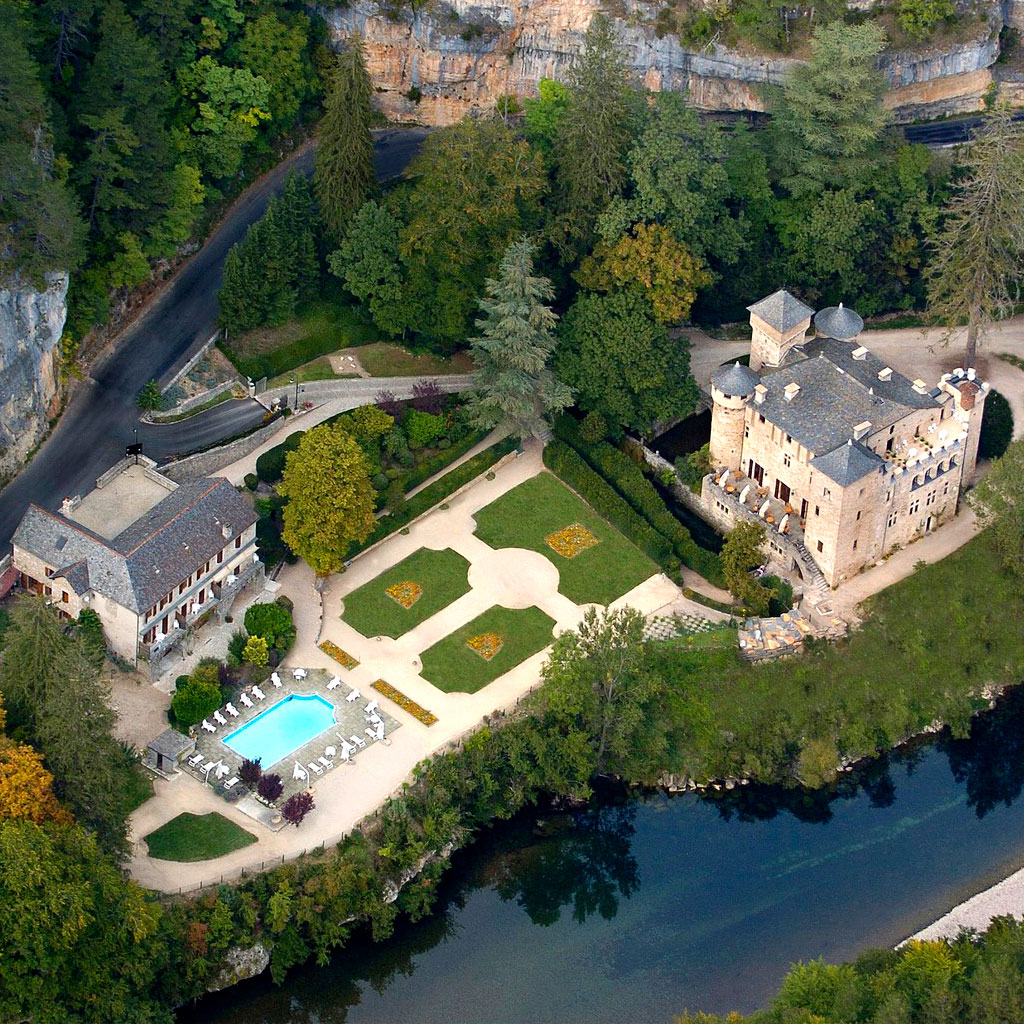 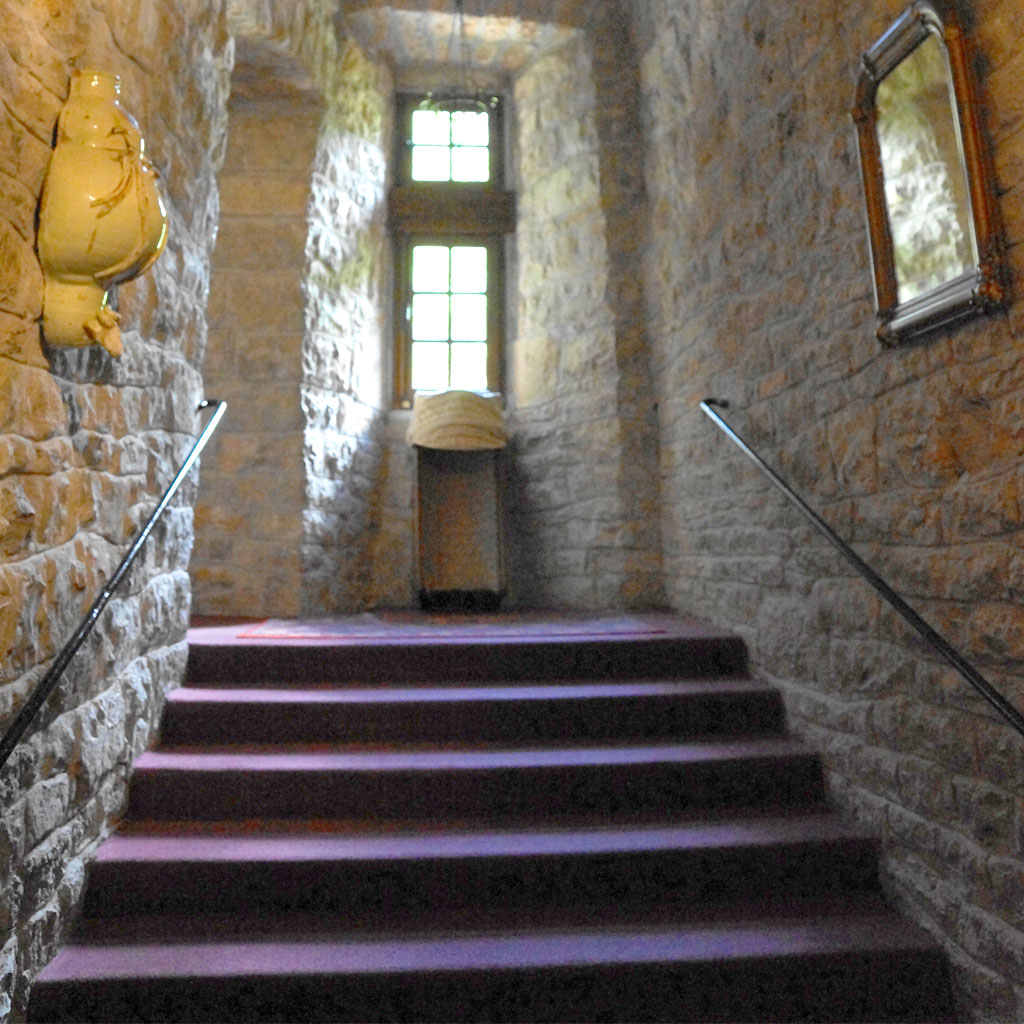 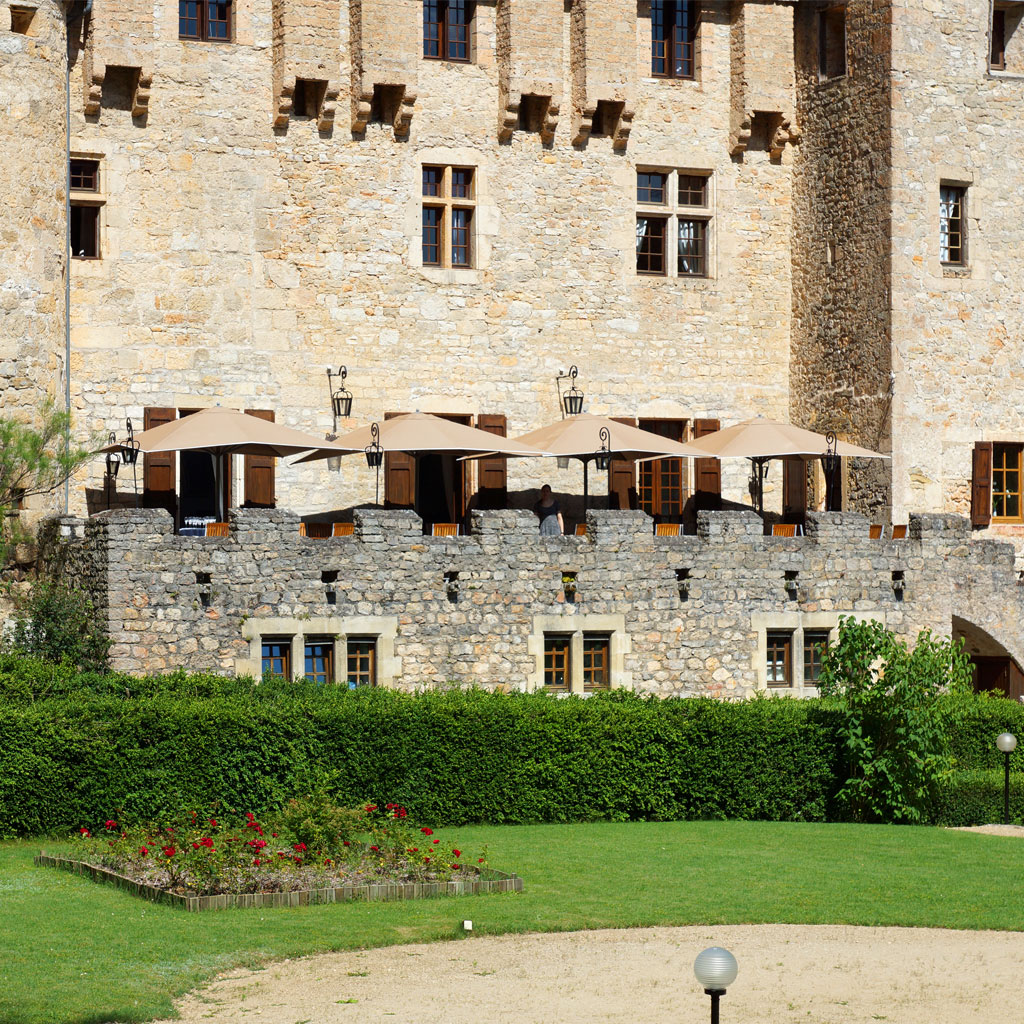 We use cookies to ensure you the best experience on our website. If you continue to use it , we will consider that you accept the use of cookies.OkEn savoir plus